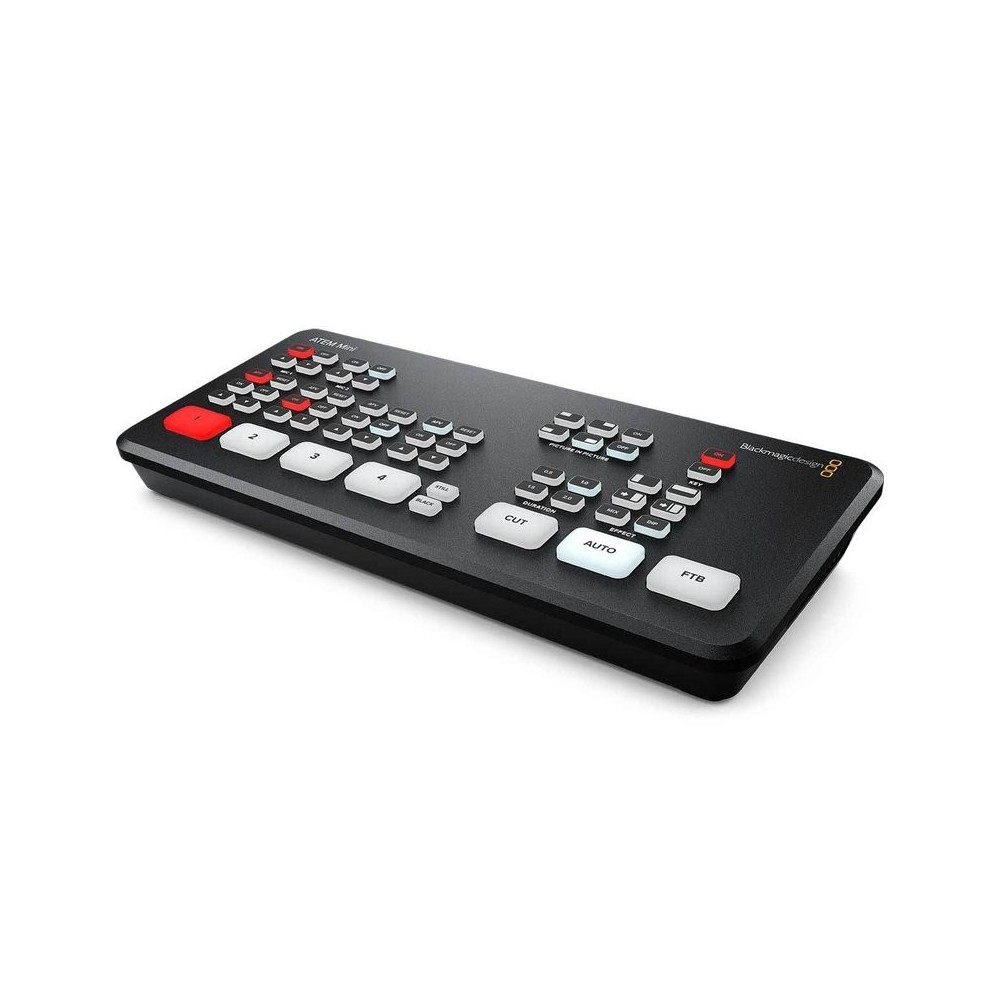 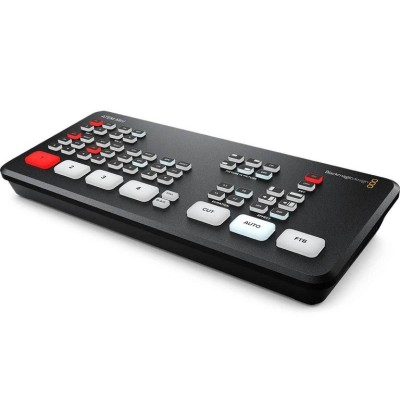 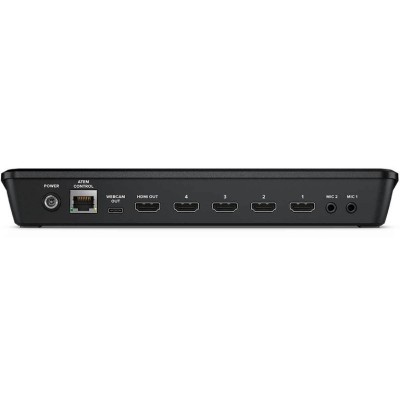 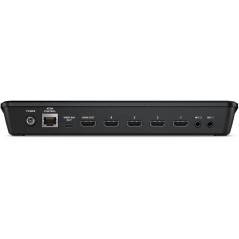 Designed for multi-camera live streaming, Blackmagic Design compact ATEM Mini provides gamers and corporate streamers with a 4-input HDMI live production mixer with integrated panel. The four HDMI inputs are on the rear of the chassis and support up to 1080p60. It has HDMI output, a USB output for streaming video up to 1080p60 to a computer and a 10/100 RJ45 Ethernet for system management, remote control and upgrades.

Professional video mixer with 4 HDMI inputs for live streaming on YouTube or Skype. Allows you to switch between four cameras with exceptional image quality. It can be used with video game consoles or computer equipment for the purpose of showing slides in PowerPoint. The integrated digital visual effects allow simultaneous images to be used, which are ideal for live commentary. In addition, this model offers a host of additional tools. The USB output works in the same way as a webcam, so it's compatible with a variety of programs used to broadcast live content. It also has an HDMI output for connecting projectors and microphone inputs that make it possible to use different models, including lapel versions, for the purpose of conducting interviews and presentations. In short, this is a mixer with a series of features that speed up high-end work.

Live productions are the fastest way to create a program and can be simultaneously transmitted to thousands of viewers worldwide via YouTube. The ATEM Mini's USB output works just like a webcam, making it easy to connect computers and compatible with all programs used to broadcast content on social networks. In turn, the four HDMI inputs allow multiple cameras to be used for the purpose of capturing different angles, for example, panoramic images and close-ups of artists. On the other hand, this model provides the opportunity to display websites and PowerPoint presentations, play clips or connect video game consoles. Switching from one source to another is done instantly, so it's possible to transmit via YouTube, Facebook, TwitchTV and other similar platforms.

The ATEM Mini features a compact control panel and rear connections. The front of the device includes buttons for switching fonts, adjusting audio volume, and choosing effects and transitions, while microphone inputs and HDMI connections for cameras and computer equipment are located behind. Content is transmitted via the HDMI output and USB port, which provides the ability to connect webcams. With respect to the buttons, their dimensions make it easy to use the mixer, even during a presentation. It also has controls to mix the audio and fade in black at the end of a program. 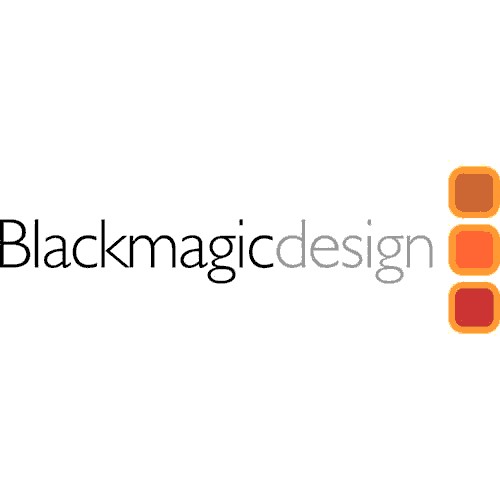 None, embedded audio only.

DVE with Borders and Drop Shadow

Fill and key for each Media Player. 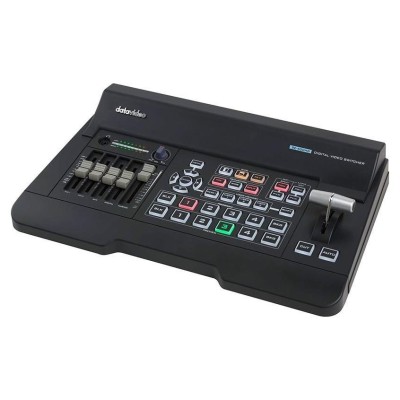