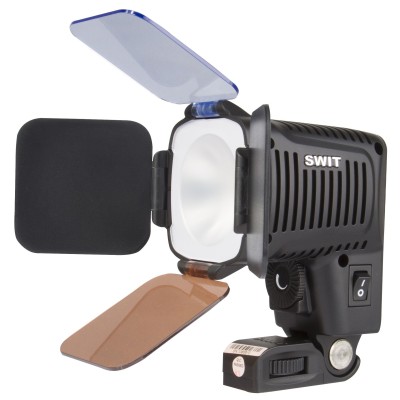 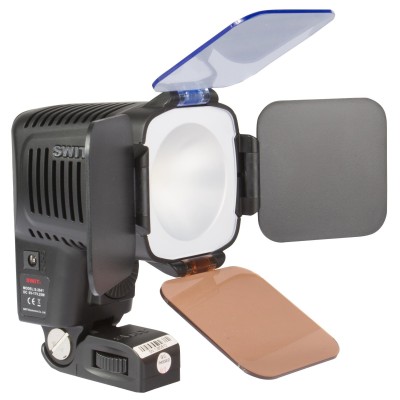 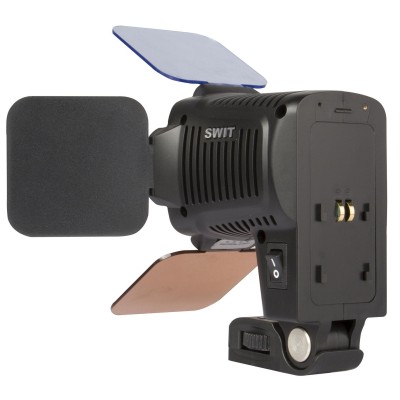 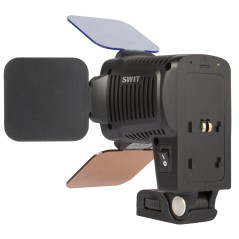 The S-2041 model offers the performance of a 100W halogen lamp, with a consumption of 23W. The lighting it provides is 1200 Lux at a distance of one metre on a surface of one metre in diameter.

The SWIT S-2041 offers a wider beam angle, creating proportional light scattering, with no visible beam edge, thanks to the LED chip Array built into the torch.

Traditional LED torches often generate several light bulbs on the retina and people appear dazzled. The SWIT LED Chip Array works as a single lamp, generating a light that does not dazzle and without multiple shadows suitable for shots close to the video camera, as in the case of interviews.

The S-2041 model accepts input voltage values of 6-17V, so it can be powered by 14.4V V-mount/Gold Mount batteries or 7.2V DV batteries. The package includes a D-tap cable to DC connector (S-7104) for the DC-IN input of the S-2041 torch and obtain power from D-tap power output jacks, such as batteries, adapters or the camera handle.

With the S-2041's interchangeable adapters, you can use most DV batteries. The following adapters are available as an option:

The model S-2041 has a dimmer controller to adjust the light output from 10% to 100%. The color temperature will not change during dimmer control.

The S-2041 torch can be attached to the camera through a 1/4" connection threaded head. The package also includes a shoe adapter, so users can change the connection from 1/4" to shoe. 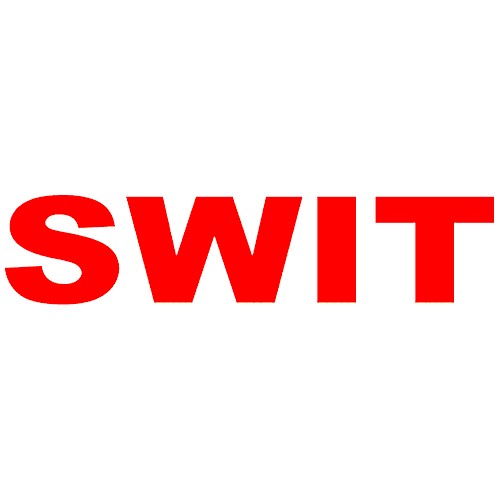