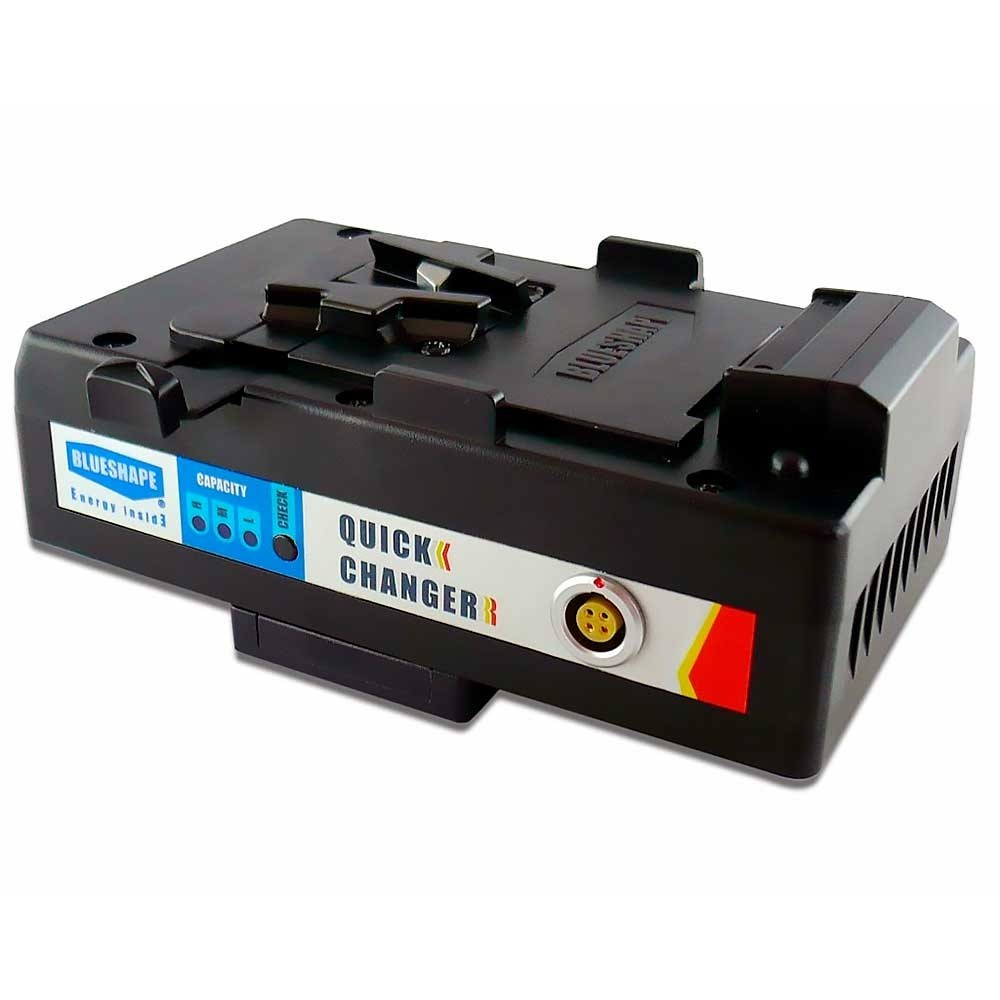 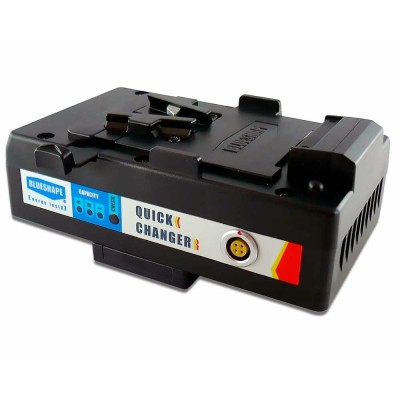 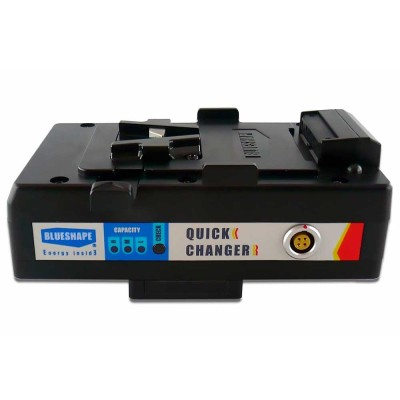 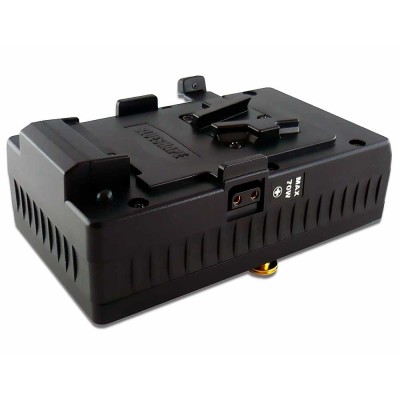 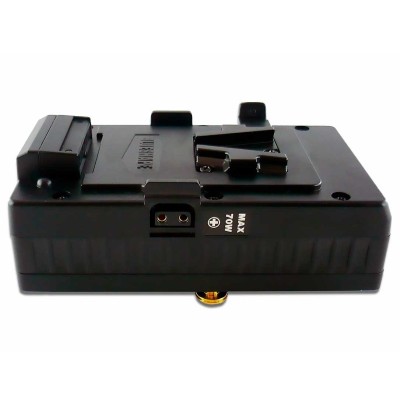 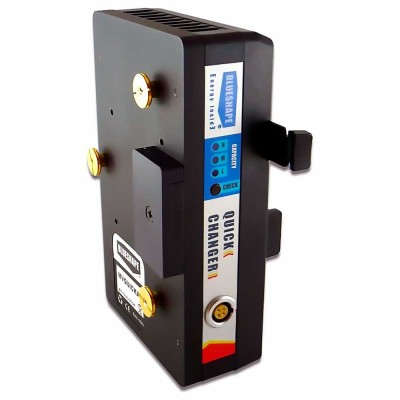 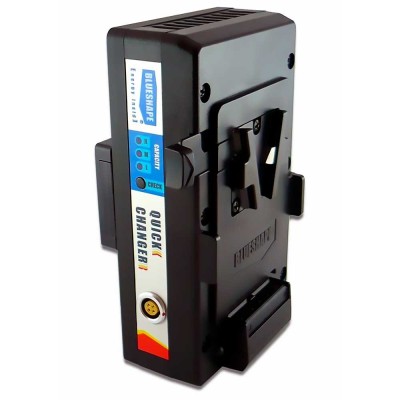 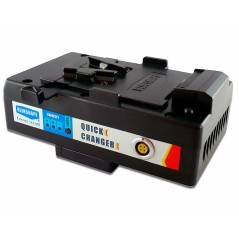 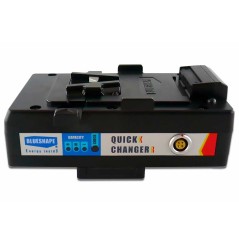 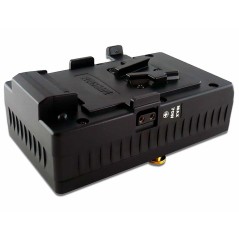 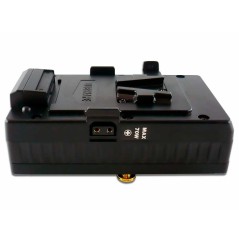 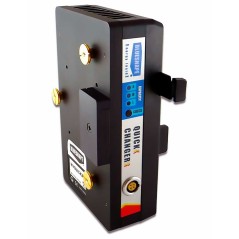 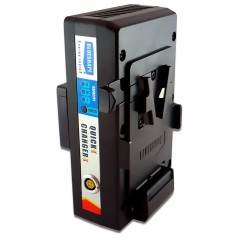 Hot battery exchange system with Gold Mount (Anton Bauer) in camera. MVQUICKAB is a hot swap system to be installed as a battery interface between the camera and the battery pack. It is designed to fit the Gold (Anton Bauer) mount system allowing hot swapping and conversion of the battery system to the V-Lock mount.

The main purpose is to allow the camera's battery to be replaced without any interruption of power through automatic detection of battery removal.

In addition, MVQUICKAB provides an alternative power supply of approximately 21Wh to be used as a UPS in the event of a sudden power failure or extended power requirement.

High load cell technology allows discharge of up to 10A when used as a stand-alone power supply.

It automatically recovers part of the energy used during the hot swap period when a new battery is restored, and because of these features it allows several hot swap operations without the need for any additional load.

Although the internal battery is recharged with each installation of a new V-lock battery pack, a separate charging unit has been provided to allow for quick and full charging when the unit is empty.

MVQUICK is designed to work perfectly with cameras that use the BLUESHAPE battery communication protocol. 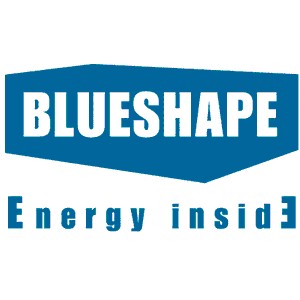